Ronald Reagan is the ultimate and most recent example, upon which all future selections of Presidential candidates, should be gauged against. He was also known as… The Great Communicator for a reason, Americans always knew what, when, how, why when he spoke. 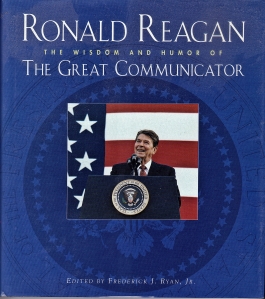 There is nothing more inspiring, earthy, real, heartfelt, Patriotic, unifying and more as I revisit Ronald Reagan’s speeches. He was the epitome of a hardworking American citizen, who did and made good. He had real world experience and was far more knowledgable in selecting the very best advisors, to surround himself with, than most people do on a day in and day out basis. When you work with the very best, you obtain the very best results. It’s hard to say which position, that he held, gave him the most hands on experience. I would think, though, as a governor of an entire state, that it must have given him an edge that only a small group of people know. His legacy and commitment to the People of the United States of America can never be expressed in just a few words. His legacy knows no bounds.

The Bogus POTUS  who is a sham and a shame upon this great nation.

Does anyone think that any one of Obama’s speeches  will be read in the future as inspirational? Just toting a TOTUS prop will be a chore for a staged production. I’m thinking that if ever a compilation is issued it will be in all libraries under FANTASY and/or HATE SPEECH in reference. Because, all Obama ever does is lie, and now he’s on excess and it’s not even close to believable even to his mindless minions.

America, we were not paying attention and we are paying for that now! The BOGUS POTUS Legacy will be Treachery, Treason and a revealed Usurpation. Can you feel it now? He has many angry dead Presidents watching him, soiling the title of President. The self-proclaimed “Transparency” was only smoke and zeros.

I Can See a Better America From My House Beginning November 3, 2010

A long time ago… Tony Curtis wrote a note to me regarding the future… I would not answer him, although I could have: 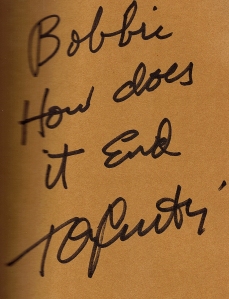 Bobbi How does it End Tony Curtis

Candidate for Congress, Michel Faulkner, explains his strong support for Israel as a nation and why its strength is so important.

This isn’t a popular stance, nor is it a sudden ploy for Rev Michel Faulkner… it is the proper, truthful and the right view of the citizens of the United States of America…

New York City, on April 25, 2010, in front of the Israeli Consulate, over 2000 people came together in the rain (for three hours) to protest the outrageous treatment of Israel by Obama and his administration. There were many speakers ( and unfortunately rain was a big problem during the first few speakers) Jeff Wiesenfeld speaks about Obama and then introduce the Rev Michel Faulkner of New Horizons Church in Harlem

Harlem he’s been there all along… Vote Smart and retire the entangled Rangel.

Vote for Michel Faulkner this November New Yorkers! The honest candidate who retracts his previous support for Obama! Don’t you wish everyone could retract their 2008 vote?