Does the following volume of Bald Eagles (our National Emblem), and as reported via the Wyoming Game and Fish Department, appear to be adequate to the state of Wyoming and therefore to The United States of America?

Population Status: population size is restricted but extirpation is not imminent; minimum number of breeding
pairs statewide is 139; although the recovering population has expanded, it is not expected to exceed 200 nesting
pairs
Limiting Factor: Habitat (and Human Activity): limiting factors are severe and continue to increase in severity;
species is highly sensitive to human disturbance during nesting; habitat loss and fragmentation are resulting from
energy and housing developments in riparian zones of major river corridors, which are significant and increasing;
increasing recreation pressure is occurring in nesting and foraging habitat. High mortality of large, old trees may
also reduce available nesting structures along some river corridors in the future.

Not alone in thought as Wyoming Energy News is keeping pace with the delayed/not cancelled projects at Chokecherry and Sierra Madre. 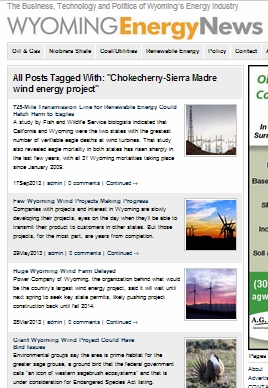 Not even addressing the public vs private land deals or land grabs, what costs will be incurred with placement of wind turbines throughout, and what will be the damage to Elk, Mule Deer, and Pronghorn Sheep migration/routes, let alone the other large birds and their nest areas? Does the BLM believe that adequate signage will be observed by the flora and fauna?

Is it that there is GOLD in ‘them there hills’ or is it the streams? According to Wyoming Gold Panning Carbon County where the wind projects will occur finds that

…Other counties where gold has been found in considerable quantities are Albany, Carbon, Crook…

…Public lands are controlled by the BLM (Click Here) or the National Forest Service (Click here). If you plan on dredging, you must obtain a permit from the Wyoming Environmental Department. Contact the designated authority for more information including maps and regulations before you go out…

Let’s be fair on the cost… projected is/was $4-6 Billion… let’s work with $ 5 Billion and divide that by 1 million homes, it will at the least a minimum of 100 years to regain the costs of this project “BY THE NUMBERS” without repair and/or maintenance! And the numbers are provided by the Bureau of Land Management!

Hmm? Get Your Black Ukraine Soil, Glowing Once, Glowing Twice… 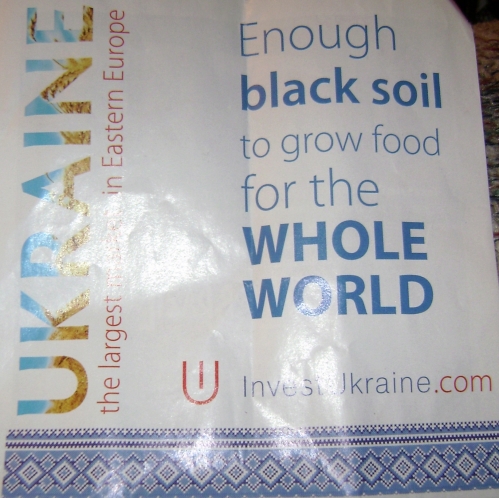 Now, this is a highly suspicious activity or reference as the Ukraine and in particular Chernobyl, prior to Fukushima, had the largest nuclear accident in the world with heinous and widespread deaths, destruction, and soil contamination…

What one can only assume…Get your Black Death at http://investukraine.com/. Does anyone really know exactly where this black soil would come from in the Ukraine and has the radiation leeched into water tables? Of course it has! Now must we request where soil is mined? Would this not be spreading the contamination as they state that they have

“…Enough black soil to grow food for the whole world…”

Does anyone remember this, one of my readers did…

Just remember, it’s George Bush who is driving the price of gas still. Who else can Obama blame? 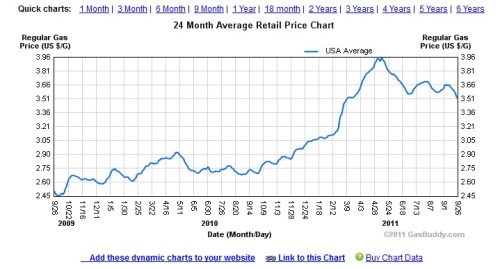 hmm? No, it does not appear to be George Bush’s fault. That would mean… It is All Obama’s Fault!

Tuned in tonight just in time to see, LIVE, the lava crust and collapsed pits as described by Chief Scientist John Delaney on ROPOS Dive 1466 on Cruise – Visions ’11.

Continual reporting as explored via Twitter and Live Camera feed with audio. 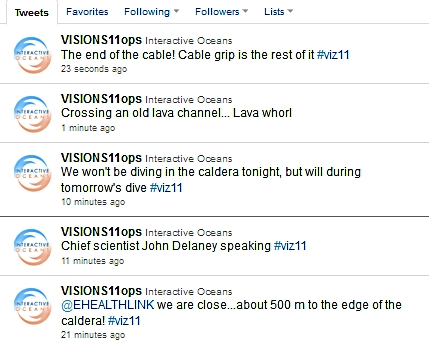 Does China Have Excess Land or Fewer Mouths to Feed?

Now why would a populated country like China, reduce food production of a dietary staple?
Has China acquired additional land from another area of the planet?
hmm?
Maybe it is because these pearls are so rare and it’s highly profitable… NO!

It would seem to be a purposeful low balling of the pearl industry. I wonder who has seen fit to tout China and play world financial games once again. Whatever… Pearls have really never been a good investment. Maybe they should now be called “starvation pearls” to equate them to “blood diamonds“?

Has it occurred to anyone else that it doesn’t seem to bother any country’s leaders that their populace is completely tuning out irrational policies and procedures that continually break the people’s’ backs financially, spiritually, and comfort levels from day to day? As these megalomaniac leaders subvert their national laws, people are awakening in various countries and growing closer to Natural Law. One has to wonder what is with all the hubbub and frequent international leadership meetings… what do these leaders know and what are they doing in preparation? Or is it intentional chattel herding through the auspices of Agenda 21?

Would it have to do with the fact that the Earth and the Solar System are destined to return to an apocalyptic position in the universe by crossing our galactic plane which occurs once every 5000+ years?

Is there an outside object hurtling through time and space that could affect climate, stability, and the surface of the Earth itself? Is this a possible or probable future map of the United States of America?

Has there been an alternate war ongoing for several millennium and have Roswell and further vital records of proof of extraterrestrials been concealed from the people across the planet or evidence erased through technological advances?

Why does The Svalbard Global Seed Vault exist?

Why are there underground food storage centers and former undisclosed facilities? Who has paid for these in the past and who is paying for them presently?

Is there currently an underground system of U.S. high-speed rail travel? If so, who is operating it and who is paying for it? Did Joe Biden let another cat out of the bag and was his push for high-speed rail a quick fix or distraction for future denial by the Usurper Obama?

These are just a few disturbing bits of information. Don’t even get me started on the increasingly deadly, yet nonsensical ongoing wars, with hokey ‘rules of engagement’ staged for religion, drugs, weapons, money, oil, and rare earth elements and minerals.

Have you noticed the uptick in earthquake and volcanic rumblings in California, Nevada or even across the globe?

Dutchsinse has reported, for some time now, unusual activity via his YouTube Channel for HAARP, Storms, Earthquakes and now he has ventured into new territory via

download google earth at the link below so you can view these volcanic spots for yourself.. :

cut and paste the coordinates below and compare to NEXRAD RADAR (so you can verify i was correct in my placemarks):

Heres the NEXRAD RADAR link.. make sure to select the stations in South Central California, and in Nevada.

Dutchsinse has put, valuable information and exact locations into the description, and given a shout out to interested researchers/adventurers/explorers.

Several enthusiasts made the endeavor, and here are a couple of the better YouTubes:

The first captured very good views of plumes, the second appears to have accidentally picked up some kind of monitoring or signal device. I have screen captured all 3 shots from the 1:20 mark. The camera moved  but the light did not. Color flashes rapidly changed as well. 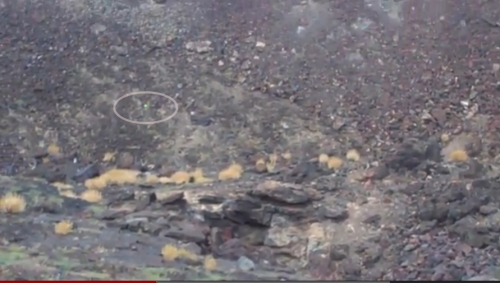 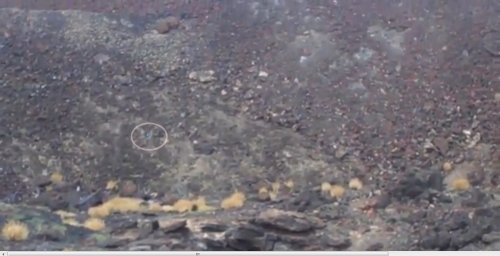 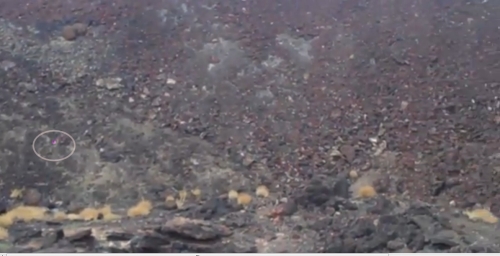 If that is a monitor, why is it there? Has it become a necessity? How is it powered? Could it have something to do with the following…

This building was located off Route 66 about a half mile from the Pisgah Crater. I noticed fence was wired at the base.

Why would the USGS feel the need to defend itself from a “Citizen Report” twice?

First, they said it was a thunderstorm: view THAT video here: http://www.youtube.com/watch?v=Kb0YHAnjNTs

Then a day ago SIX plumes erupted from california to nevada ! view that video here:

Today, July 29, 2011 .. the USGS issued ANOTHER statement in regards to the videos we have all made—

Now the USGS says there was NO cloud cover evidence on satellite !!! AND they also say .. quote “there is NO SEISMICITY in the area indicative of volcanic activity.”

OMG …. WRONG!!! did they somehow FORGET about the 6.0 that just happened south of there, or the dozens of 3.0’s in the region, or the magma harmonics I SHOWED from the region which clearly tell the tale…

better put, this USGS article…its a downright LIE, and we can prove it with or videos which SHOW cloud cover, RADAR, and the actual seismograph readouts .. I suppose they did NOT actually watch our videos.. EPIC FAIL !!

here is the 2nd statement: full of untruths…

Inquiries have come to the USGS regarding a potential eruption in the vicinity of Lavic Lake Volcanic Field (LLVF) in Southern California. The inquiries stem from a citizen report noting a plume-like feature on NEXRAD radar imagery from July 23, 2011. USGS volcanologists evaluating the situation find nothing to indicate that the NEXRAD feature results from volcanic activity. Satellite images from the same period do not show the steam or ash clouds that accompany volcanic activity, and there is no seismicity in the vicinity indicative of volcanic unrest/eruption. No earthquakes were located within 20 miles of LLVF during the last week (USGS-Caltech Seismic Net update 14:10 PDT July 27, 2011 ). No reports of eruptive activity have come in from ground observers (LLVF is within 2 miles of Interstate 40) or from regional pilots (Barstow Daggett County Airport is within 10 miles of LLVF).

The USGS monitors volcanic unrest and provides announcements of volcanic activity within the US as soon as detected and confirmed. Often, warnings of possible volcanic activity are issued in advance, based on data from satellite or ground-based sensor networks. The status of US volcanoes is always available at the Volcano Hazards Program website.

here are the previous videos I did on the subject which brought forth the USGS to make a comment in the first place — these videos SHOW RADAR and VISIBLE SATELLITE SHOTS of the whole event.. thus proving this 2nd USGS statement totally wrong/false/lies.

videos in question, that the USGS were responding to:

videos in question, that the USGS were responding to: oldest to newest.. all in california.. all in the past 7 days PLUS a 6.0 earthquake in the region !!!

proof its not a thunderstorm:
http://www.youtube.com/watch?v=gLEPxAIjx74

If it doesn’t feel right, then there is something wrong, and the ‘Powers That Be‘ are intent on keeping this under wrap. As Patriots we need to share this information!

Bobbi85710's Mouth in the South
Blog at WordPress.com.