Do you know about William Tyler Page? Did you, your children or your grandchildren ever study his achievements, his contest win, and that there are namesake landmarks? American children used to be informed… 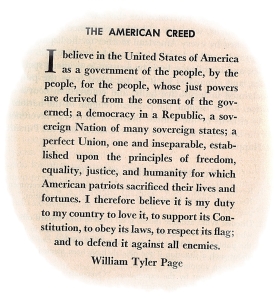 Sarah has been here since day one… she has been right all along… and she has been an inspiration enduring the Liberal Lunacy MSM minions for over two years. She is the shining example of what America is all about! Spunk!

President of the First Global Nation Setting Up Websites for Campaign Donations?

First country that is getting TCL from Barack Hussein Obama, the Usurper…

How many of our Embassies around the world are working to fluff for Obama and his re-election attempt/and or collect donations as Kenya did in 2008? More wasting away of taxpayer dollars which benefits only “That One“!

Guess I will have to start looking around for others…hmm?

What is this piece of BS? 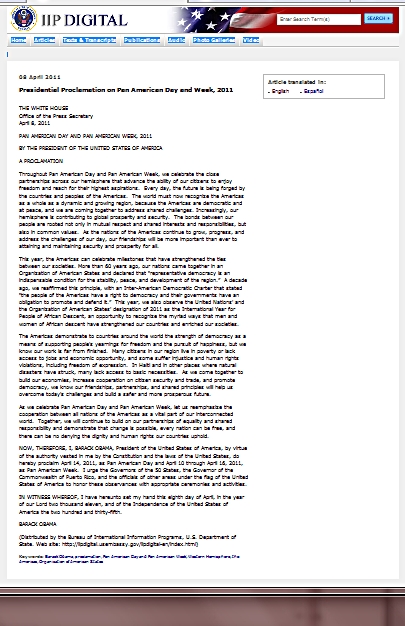 Rush Limbaugh Gives the Democrats and Obama a Spin

Rush play’s a new song that Obama is singing after that wipe out last night and losers compromise winners don’t.

Everyone needs a little levity before “We the People” start on the next two year watch. TEA Party, Conservatives, Patriots get ready to be ready!

Now the Climate in Politics is Predictable and Boring… November Will Be Ouster Time… Righteous!

I guess the Democrats in Congress have been deluded into believing that there is a significant Left. Well the Left, has shown they have nothing left to work with. Painfully obvious pictures displayed at Gateway Pundit’s entry “Big Fail. Overhead Photo Shows Embarrassingly Small Turnout at One Nation Rally” reveal the truth for the entire world to view. ONE False NATION Folly! Embarrassing, again!

It’s called the RIGHT for a reason! It is great to have future convicted criminals assemble so nicely for a photo op!

Organized (not Grass Roots) bus rides, free food, and T-Shirts do not make a unified crowd or nation. Lazy and lousy participation indicates America despises these pin heads on parade. It makes a ONE False NATION on display. There was nothing educational, inspirational or rational as one speaker after another screams, as if the attendees are deaf or stupid. The entire event makes the message of hate, bait, and shallow attempts at anything virtuous… rings hollow and smacks of revolt. They have an agenda, much like their Master, whose name is emblazoned on partisan signs, to divide… not unite our United States of America. Nothing to be gained here, move along.

Listen to Glenn as he exposes the the people behind the One Nation Rally. You need to know the truth!

We Were Warned – When Will You Heed the Call to Action?

The most telling part of the planned invasion ~ Brought to you by the BOGUS POTUS and his minions:

Educate yourself at http://www.youtube.com/user/usamaway. He has 23 videos that are amazing and chock full of information. The United States of America has been deceived. There are traitors galore and treasonous acts occurring hourly to daily upon our great nation. And always a good view just for good measure:

This subject WILL affect you in the near future, so take the chance to inform yourself now – before it does.

Please support this video by rating, commenting and adding to your favorites!

Parts of the text have been strongly inspired by the website

Bobbi85710's Mouth in the South
Create a free website or blog at WordPress.com.