The World on a BBQ Mission: Of Churches, Lies, Flags, Book Burnings and Religious Disorders

Two high-profile religious issues briefly appeared to nullify each other Thursday as a Florida pastor announced he would cancel a planned Quran burning on the anniversary of the 9/11 attacks — as long as a planned mosque and Islamic center was moved away from Ground Zero in New York or scrapped.

However, the imam and developer associated with the New York project denied reports that a deal was reached to move.

Imam Feisal Abdul Rauf issued a statement through his publicist saying earlier reports were false, and there had been no negotiations of the sort.

Jones, speaking to reporters again later in the afternoon, was adamant that he was promised that the Islamic center would be moved, and said he would be “very, very disappointed” if that didn’t happen.

Sharif El Gamal, the New York developer behind the Park 51 project in lower Manhattan, told the NewsHour late Thursday: “We are not moving.”

Asked about a meeting with Imam Feisal and the Florida pastor, he said: “I talk to the these people every day. It’s my building. I own it. I know nothing of a meeting.”

The Rev. Terry Jones, who leads a small congregation that espouses anti-Islam philosophy, announced at a news conference Thursday that he decided to cancel the extremely controversial burning of Islam’s holiest text — a pledge that drew strong rebuke worldwide, most notably from President Obama.

Maybe Pastor Jones should have reviewed the video

Three surprising things you probably didn’t know about Islam.
This subject WILL affect you in the near future, so take the chance to inform yourself now – before it does.

Pastor Jones would have learned that lies are acceptable, have degrees, and are used often!

“…Muslims are allowed to lie to unbelievers in order to defeat them.  The two forms are:

Taqiyya – Saying something that isn’t true.

So the ping pong match continues… Regardless, if Pastor Jones burns the Qur’ans or not – the world has discovered the true “cult” of deception and hate as temper tantrums and public disturbances by Muslims continually erupt such as 3 Islamist Protesters Shot at Afghanistan Rally Against Koran Burning by NATO base forces in… guess where… (***Note still prior to any event as advertised by Petraeus.) in AFGHANISTAN!

Oh but look another “church” steps up – Westboro Cult Will Torch Koran… And US Flag. Again, not the best messenger, but the message is clear – Fear Not America!

Spreading the Hate, Raising the Use of Force, Stirring the Kettle! Why, because Al Sharpton has failed to conduct himself with honor. When was the first time he ever celebrated the anniversary of Martin Luther King Jr’s Speech?

Al Sharpton: ‘The Dream Has Not Been Achieved’

The Rev. Al Sharpton says Martin Luther King Jr.’s dream has not been achieved. He spoke Saturday before leading a march in protest of conservative broadcaster Glenn Beck’s rally at the Lincoln Memorial. (Aug. 28)

Al Sharpton’s life might have been celebrated, but somewhere along his life, he went astray and became a harbinger of derangement. He is not fit to walk among the better men and women of African American descent nor to be lauded amongst them. He must now be truly aware of this fact. Where is his religion? Is it only on a certificate, hanging on a wall somewhere, gathering dust? A good man, a religious man, a man who wants to unite rather than fight, a charitable man, an honorable man, a faithful man would have found his way to enjoin his flock unto the Restoring Honor event. An opportunity has been lost forever.

Seen It All Now, Atheist with Hyprocrisy, Utah Stand Tall

Cross or Not to Cross

Utah should have the right

David Silverman (V.P. and Nat’l Spokesman for American Atheist) is a jerk by his own blog entry yesterday

“…This win is particularly sweet, although we are going to get dragged through the mud for this one…”

and his performance on Fox News today

at the 4:53 mark
“…an obelisk or plaque…”
at the 7:07 mark
“…This isn’t a fight worth fighting, this isn’t worth something worth going to the Supreme Court for…”

Seems like David has concerns for equalization of religion as a concerned atheist, hmm? Was this suit all about the money? Can not wait until we see him railing the US Transportation Dept for making religious cross symbol intersection signs?

Hey why not go after the Red Cross?

What about Blue Cross?

Why not just jail everyone who crosses their fingers? 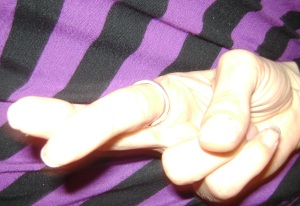 Heck let’s all atheist the road at the atheistwalk! Is that politically correct enough?

Hey David why don’t you busy yourself finding out why an Iman is being paid with taxpayer money to visit the Middle East? hmm? Oh the hypocrisy! By the way, you may be interested to learn that your obelisk offering is viewed as a phallic symbol, how nice! Is this the message you are sending?

Space the Final Front of Fear?

Now let me get this straight… Obama initiates preferential religious treatment, NASA access, and exemption for Obamacare for Muslims, why?

When and where did Muslims build this great United States of America? Were they on the Mayflower? Were they at the Continental Congress? Did they build railroads and trail blaze the country? Was there a special invention or unique contribution by Muslims in the last 200+ years to and for America?  Was there a special battalion of Muslims during the Revolutionary or Civil War? Were there Muslim troops in the military during the Korean War, WW1 or WW2? Where’s the history that merits the good will of one Bogus POTUS and only the Bogus POTUS?

What have they done to this country and its citizens, hmm?
Murder of Army TAD Recruiter Little Rock, AR.
Murder of Army Personnel Fort Hood, TX.
Attempted bombing of flight to Detroit Christmas Eve.
And a huge list since…
…Muslims destroyed the WTC’s Twin Towers in New York City via airplanes.

Now, as Obama hands over NASA, red flags should be going off in the USA and the world. His picks have such a great track record (rolling eyes) and so transparent too. I’m sure Obama appointed Muslims will be sweet, gentle, kind and never contemplate using a heavy well laden, space travel enabled vehicle to deliver a rain of nukes, lasers or the vehicle itself as a supersonic bomb! I mean there’s no agenda for Muslims! I’m just saying!

Illegal Immigrants to be Held at the Border via Janet Napolitano…

… it’s just not for the United States of America, anywhere! But it will be funded once again upon the American Taxpayers’ backs ~

“…In late May, Ms. Napolitano met Saudi leaders to discuss a range of security programs, including training, joint exercises, intelligence and arms sales. Officials said both the Americans and Saudis agreed that the Iranian-backed Shi’ite insurgency from Yemen was the leading threat to Riyad…”

So, according to the Lunatic Liberal Left Socialistic Progressive Democrat Bogus POTUS Obama, his minions, appointees, union thug buds, and several liberal cities, border enforcement to begin this July at the Arizona border is a problem.

Where is the leftist indignation on racial and religious profiling that our Government Leadership is supplying with our tax dollars tied up to do the exact same thing on foreign soil (and on both sides of that border)?

Our United States Laws versus their Saudi King’s demands? Who’s running the show?