The U.S. House of Representatives is doing the right thing, via the right steps, and working for WE THE PEOPLE by initiating the

Thanks to Legal Insurrection for getting this document out to all Americans!

Has Obama outsmarted the GOP and the American people?

In January, the US government sent out bids for transportation companies to move thousands of immigrants because of an influx coming across the border starting later in the year. Now that influx has increased and illegal immigrants are being bused across the nation into towns under the shroud of darkness or in unmarked vehicles, buses and aircraft.
The only thing the republicans want is a SECURE border and the first way to do this is to move the National Guard in.
UH OH!
Has he outsmarted us?
If the GOP calls for the National Guard to be called up for assistance, could Obama send troops into all the states these illegals were sent to, purposefully by him, and then LEGALLY call for MARSHALL LAW?

Eric Holder would say ” You asked for this, all we did was agree” and if the GOP argues they would be called racist and haters of a president who followed their request.

Be careful Congress how every request or order is worded or this hate mongering communist president and his lapdog AG will get you!!!! 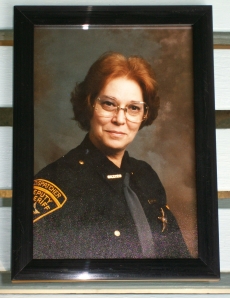 Welcome home, dear hearts, welcome home! Get in here and sit! I have a HEADS
UP!!!! HEADS UP NOTIFICATION!

I had planned on giving you the ‘good’ news update about my battles with
SOCIAL SECURITY ASSN. I truly believed that it was taken care of… Then,
March 2nd this year I find a huge deposit from SSA in my savings account…
This is the second attack in less than a year. First attack involved NO
money at my end! I have the records to prove all of this! Well, with a lot
of help from the caseworkers in State Congressional Representative Harold
Rogers office. (Bless their hearts… such good people) The screwed up
situation finally got unscrewed…

I received a letter from the local SSA office advising that none of the
above was my fault… I received an apology of sorts from a very nice lady.
I sent the ”deposit” as required certified mail containing a cashiers
check! I sent the check thru emergency overnite delivery. I have the signed
receipt card and have sent copies of it out to the world!!!!!! Cashiers
check was received and signed for on the appropriate date. All done by the
end of May.

Now, the fun begins… On Monday, the 7th of July, I recieved another letter
from SSA (third time in the last twelve months) advising me that I will NOT
receive any monies from SSA until February 2015! Not lying or exaggerating
here… this IS the truth! That I have been overpaid by Xnumber of dollars
and they will be taking the funds away….

I have naturally contacted my Caseworker at the Congressman’s office. She
has all the copies of this recent fiasco! If I really had all this money I
have allegedly received, I would have more than enuf to buy an ATV (4
wheeler) with all the trimmings and build a garage on the mountainside. I’m
talking thousands!

I am going public with this to give fair warning to others who might end up
in the same type boat! KEEP COPIES OF EVERYTHING AND BE HONEST. ANYTIME YOU
SPEAK WITH ANY ONE AT THE SSA’S OFFICE, WRITE DOWN NAME OF PERSON YOU TALKED
TO, THE DATE AND THE TIME…. ADD PHONE NUMBER TOO…

Sorry about this but I feel I need to warn others… So, I am off to do
Battle again… Take care all of mine… go in safety always. Remember that
being good and honest doesn’t always pay… lolol

Many hugs, much love and lots of lafter each day… meems, the TerMOMinator

The Ultimate Authority to Arrest the Usurper

Who is the Senate Chief Law Enforcement Officer ?
It is the Sergeant At Arms and Doorkeeper of the U.S. Senate.

Who is the Sergeant At Arms and Doorkeeper of the U.S. Senate?
Why it is now Andrew B. Willison!

And his special ability is:

In the Senate Hierarchy:

This is why the Liberals and Democrats are on panic mode. If they lose the Senate… they may lose their necks to the ropes of treason and traitorous conspiracies in conjunction with the Usurper.

Next blog entry, I will update the second authority who has the outright ability to arrest Obama.

What About Mayflower Arkansas?

and other areas of Arkansas recently hammered by one long tornado riddled path of April 27?

But Arkansas gets nearly $100,000 for housing counseling all over the state but noticeably missing from the affected areas, hmm? I wonder who is profiteering? It’s not as if, housing and money, are a regular Democratic gaming tactic… or just wait a minute…. I remember…

Remember in November, Arkansas, to reject the slacker Pryor – he has only been helping himself! 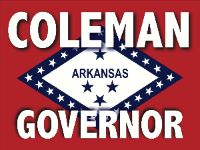 Dudley Brown, Director of the NAGR-PAC, sent Coleman a letter in which he wrote, “Gun owners across Arkansas need strong leaders in Little Rock who will stand up for our right to keep and bear arms.”

“You have demonstrated your commitment to our Second Amendment rights by pledging to sign and advocate for meaningful pro-gun legislation and to oppose and veto all anti-gun schemes. You have also promised to support Constitutional Carry and open carry as Governor.”

The National Association for Guns Rights is the fastest growing gun rights group in the United States of America with over 3 million members.  NAGR led the charge to fight against the UN Small Arms Treaty and the derailment of H.R.45, a bill to require licensing of all private firearms.

In response to the endorsement, Curtis Coleman stated, “The National Association for Gun Rights is on the front line in defending our Second Amendment rights.  I gratefully accept this major national endorsement from the NAGR-PAC, and I’m honored to be among those they have endorsed to uphold the Constitution of the United States.”

Coleman’s opponent, Asa Hutchinson, has publicly stated that he is in favor of expanded background checks on gun purchases (CNN, Wolf Blitzer interview, 4/2/13), and NGR reported that Hutchinson failed to return his survey.

The full NAGR-PAC endorsement letter can be viewed here.

Bobbi85710's Mouth in the South
Create a free website or blog at WordPress.com.